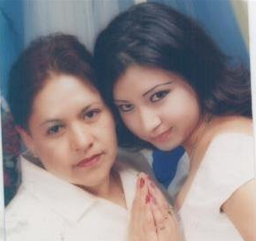 On February 1, 2004, at about 3:00 a.m., the above VICTIMS, Maria (mother) and Carmen (daughter) Hernandez, were walking from their home in Newark to Maria's place of business. While walking on Thornton Ave in Fremont, an unknown suspect began following behind the victims. The eventually began to chase the victims and caught up to them near the intersection of Alameda Dr and Contra Costa Ave. The suspect bludgeoned both victims to death with a large tree branch. The branch was likely a weapon of opportunity and was possibly available due to the trees in the neighborhood being recently pruned and cut down. The suspect was seen throwing the murder weapon on top of the victims and he was last seen running northbound on Contra Costa Ave. 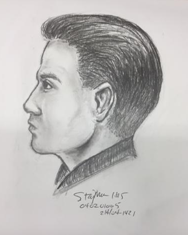 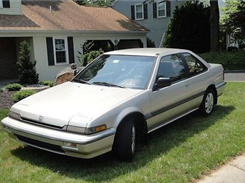 A 1986-1989 Honda Accord, 2-door, light colored (possibly metallic) was parked alongside the victims during the incident and it appeared it was possibly occupied with three other subjects. It is unknown if the vehicle was involved at the time of the murders due to the suspect fleeing northbound on foot on Contra Costa Ave and then the vehicle fleeing westbound on Alameda Dr.

Information that once may have seemed insignificant could prove to be the missing element in solving open cases when combined with new tips and leads. The public is urged to submit any information they feel may be important to this case, and may submit this information anonymously if desired.

We will accept anonymous tips. Our silent witness hotline number is 510-494-4856. You can also send us an anonymous tip online or text "TIP FremontPD" followed by your tip to 888-777. We do not receive a return email or phone numbers when using this option.